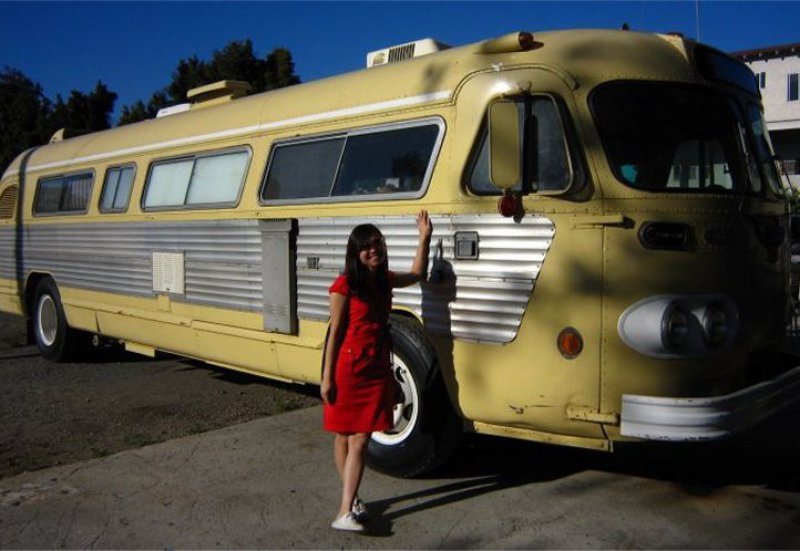 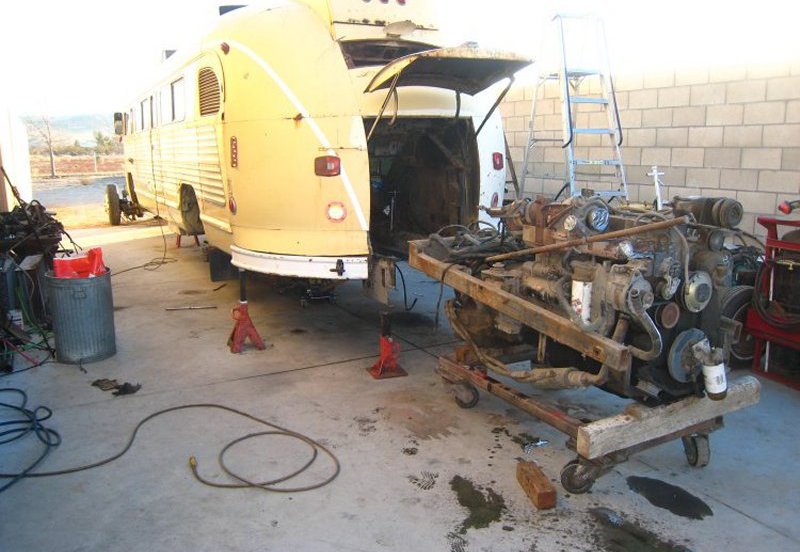 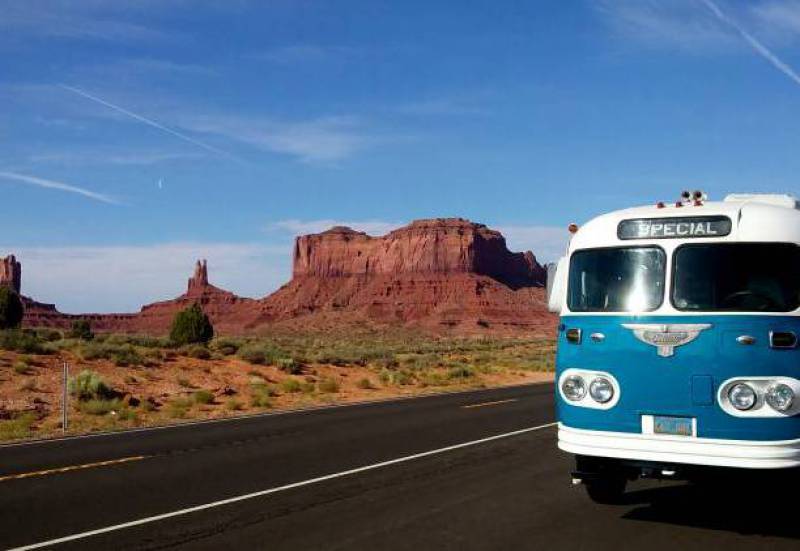 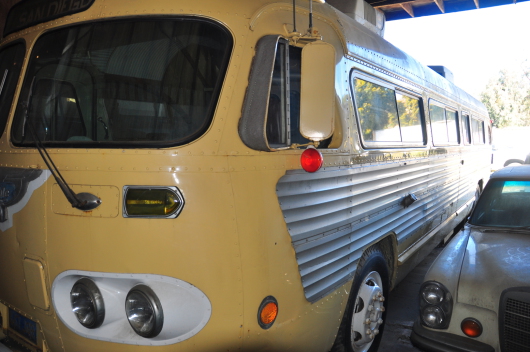 The bus was found parked in a barn since 1991, and needed extensive service to move in 2011.  Pictures looked great, gotta love Craigslist.  The reality was that while the bones were mostly solid, the coach required complete rebuilding to be usable.  The paint hid much rust, and sitting by the ocean wasn't a blessing. 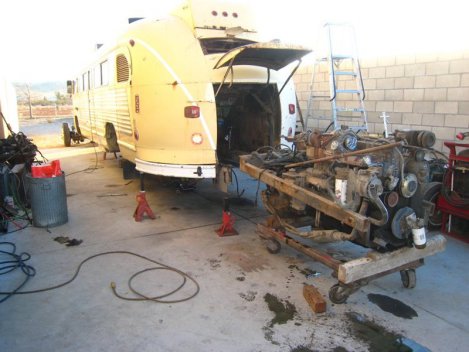 Engine was replaced with a donor from a 1993 Fleetwood American Eagle.  Cummins 8.3, Allison MD3060 both installed in a cradle that welds into the coach.  Advantage of the cradle is that for major service, 4 bolts allow the engine and transmission to slide out the back on a series of rollers.  Notice the whole coach is on high stands at this point.

Although I prefer to do my own work, this job was simply too large.  Really, physically too large.  After hunting for a fabricator that would be willing to work with me on a very big and somewhat undefined project, I met a gent in Apple Valley who was interested and would allow me to be involved.

Long story short, I now have both a mechanic and a friend out of the project.  Good times. 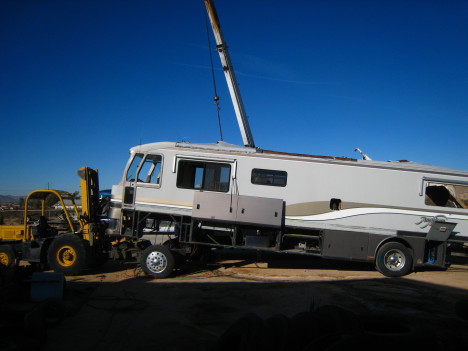 The donorhome had a tree fall on it with 50k miles on the clock.  Interior had been salvaged, I purchased in Modesto and had it towed down to SoCal.

Front and rear suspension are being showed during removal from the donorhome.  This allows for modern, more readily available service parts as well as much improved materials and better safety margins.  We also upgraded to air ride.  On the maiden voyage out of the barn, the coach was comfortable, however the maximum speed was 45mph.  With the upgrade, the coach is able to achieve modern highway speeds in comfort.

Buck did a fantastic job moving all of the suspension and driveline over; In over 15k miles of driving, I have had zero mechanical issues. 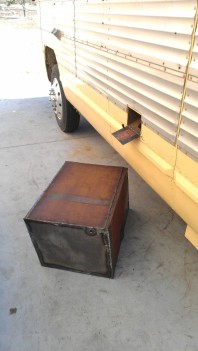 New fuel tanks were fabricated, with additional capacity to allow for increased range.  Tanks are 14ga steel, with a level sending unit fitted in one side. 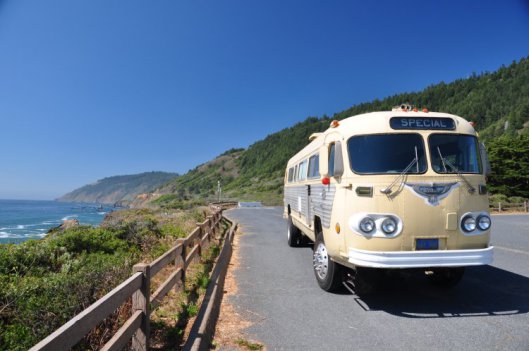 Milestone 2013: First trip after driveline modernization.  Napa Valley, Crater Lake, CA coastline.  Besides an alternater fault, zero issues in 2500 miles of driving.  Trip averaged 11.5MPG, not bad given the size of the coach and the speeds we were going.

The power steering box proved to be a good addition.... 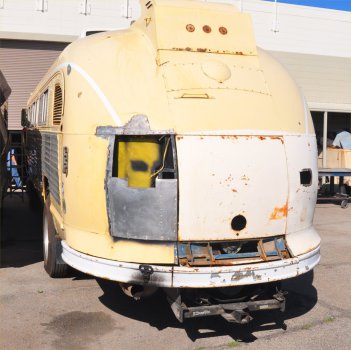 Lots of metalwork was required before paint.  There had been a hit in the rear left which required rebuilding the support framework and replacing a 2' x 3' section of panel.  The lower rocker panels also suffered; Dirt building up inside over the years retained moisture and rotted them out from the inside.  Finally we removed the side panels and found a 4" hole near the driver's seat.  2 years in bodywork and paint but well worth the time spent. 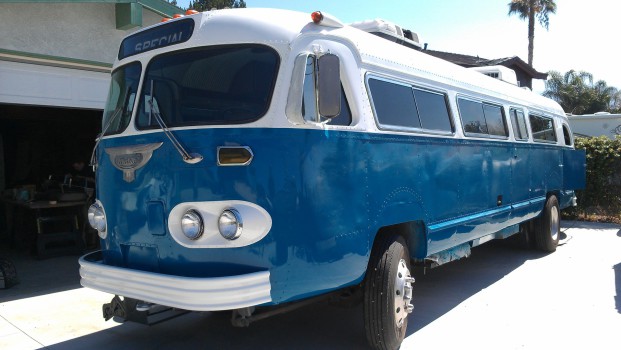 Fresh from paint in 2015, no siding.  Looks somewhat like the later starliner though Flx nuts will know by the window configuration and front badging.  The added rear baggage half door is visible. Window tint was a good direction, however I'll likely change to tinted glass at some point. 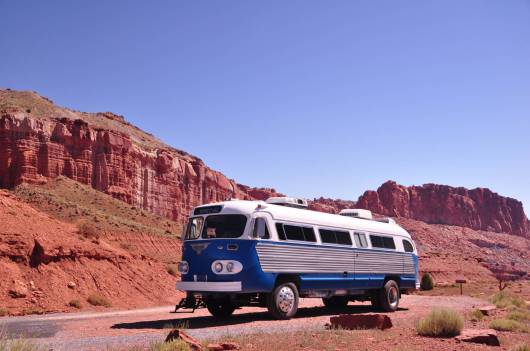 First big trip after paint to Yellowstone in 2015 with a full 8 passengers.  Shown here near Escalante, UT.  With the fresh paint we continued to get plenty of comments, this time more towards the positive side. 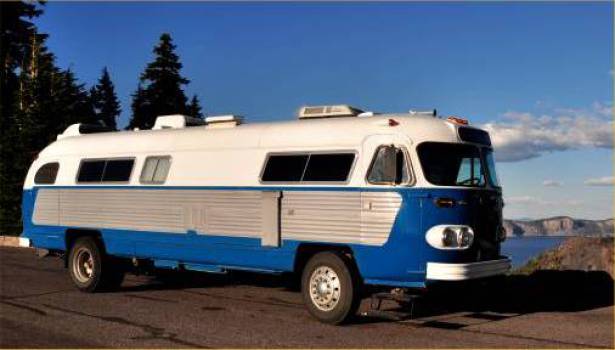 Exterior finished, 2016 at Crater Lake in Oregon during our Mt Rushmore trip.  Another set of siding was obtained to make it look right with the newer suspension.  Overall it required over 400 olympic type rivets to fit the siding, each one taking a cut and shave to finish.

This trip was 2 weeks and 4600 miles.  Zero mechanical issues enountered, many thanks again to Buck for a job well done. 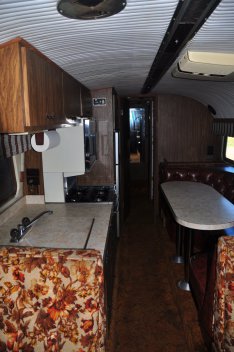 Interior was about as state of the art for the 1970's as it could be.  Servicable, but requiring extensive rebuilding.  We found 21 dead rodents over the course of the refit. 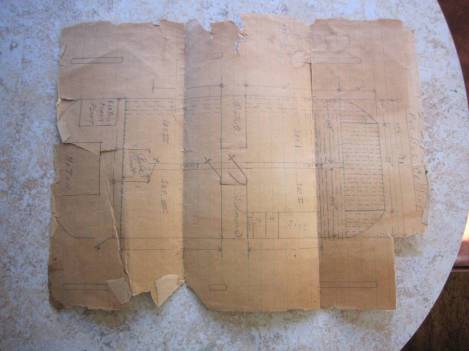 Original interior layout documents were found in the coach.  Interesting to see how it was envisioned in 1972! 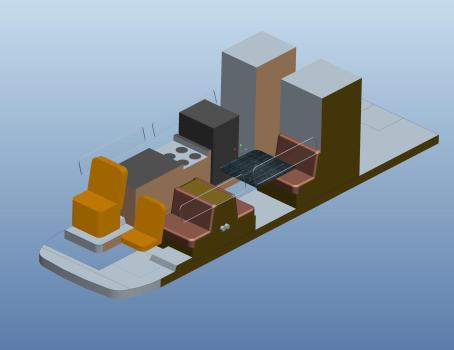 CAD mockup work of the interior layout.  We now have seating for 8 with safety belts.  Some changes were made to this layout during implementation to allow for flat folding of the bench seats to create additional sleeping space. 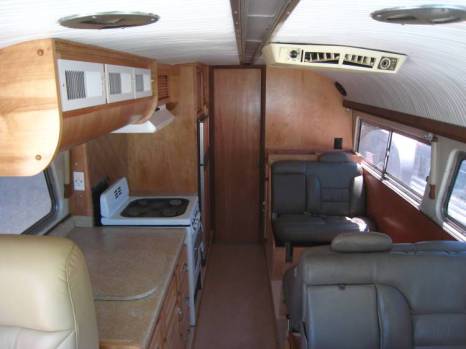 Interior as finally completed in mid 2016 before the trip to Mt Rushmore.  The modern roof air fascia is not ideal for style, but is being retained for the moment as it works quite well. Faucet folds down into the sink to allow the sink cover to fit flush and present a clean countertop.  The lighter wood really brightens up the interior.  Big thanks to Mike for all his work on the interior- it looks right and we like it. 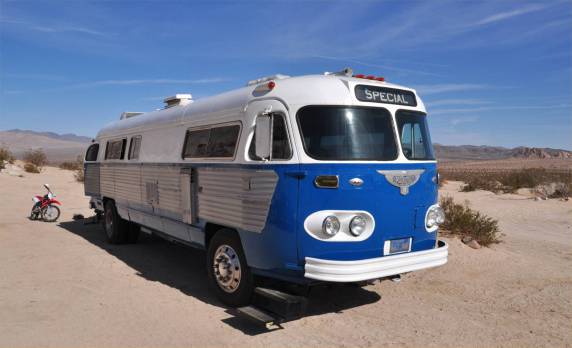 Cougar Buttes in Nov 2016; Easy to find where ya parked at the end of the ride!  Air ride is fantastic for the rough roads and the power folding stairs give lots of clearance.

We are in progress of bringing DE.net out of the 1990's!  Please bear with us, no content has been lost (but that doesn't mean I can find all of it).